From Gold to Electronics - A Brief History

Waihi had become one of New Zealand’s most famous small towns, its history established on the rich goldfields which stamped it with a very special pioneering character. But gold was a diminishing asset, and the town prospected in other directions. Largely from within the community had grown a successor, quite different, and yet equally characteristic of Waihi’s resourcefulness. 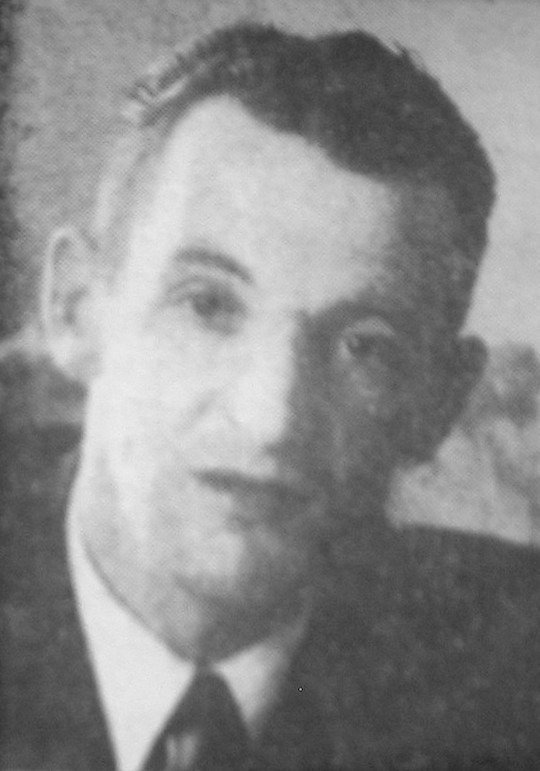 Photo: Founder of the Akrad Radio Corporation, Mr Keith Marsden Wrigley. Akrad developed out of a small radio sales and repair business that Keith started in Waihi in 1932. 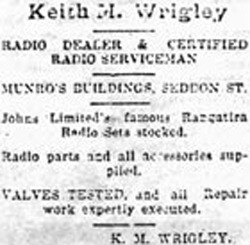 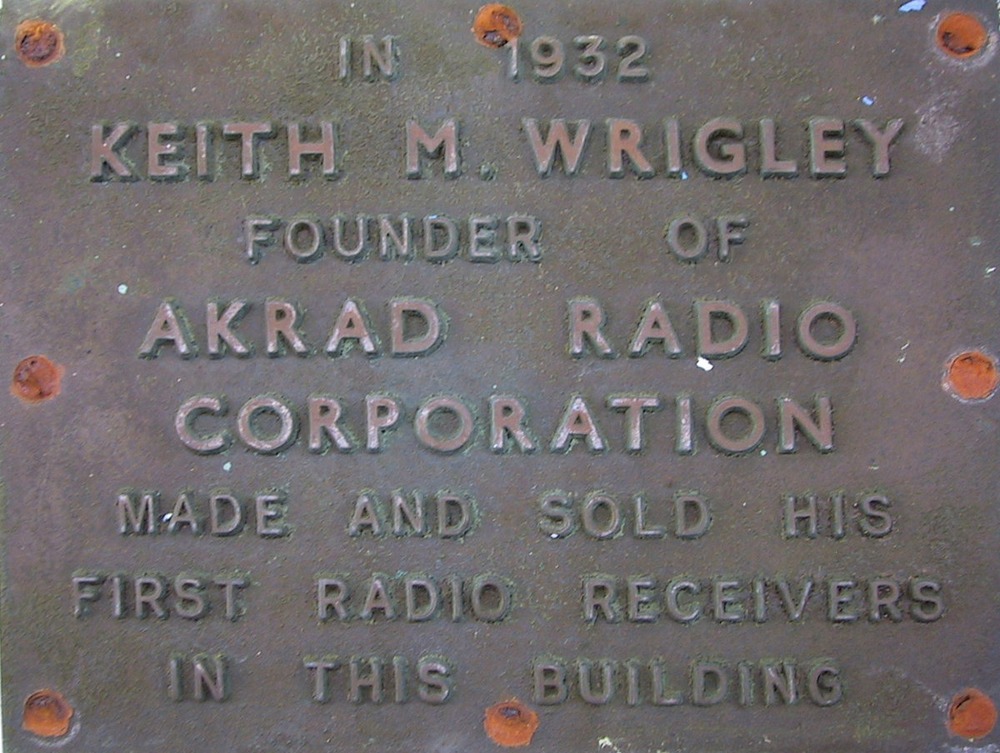 Electronics became the new life and soul of Waihi just as gold was its birthmark. From precious metal to advanced electronics, there had been a remarkable development commensurate with the progressive spirit Waihi had always shown.

The visitor may well have been surprised to find such an exacting and large industry tucked away from the main industrial regions. The story of Pye in Waihi is explained simply with the determination and enthusiasm of Keith Wrigley who founded the Company in 1932, and with the vision of his successors.

The founder, a native of the area, began with minimum resources, by establishing a radio repair and manufacturing service. His venture expanded quickly in the following years because his own ingenuity, industry and expansive outlook led the company into new fields and wider experience.

Over the years Akrad (Auckland Radio), as the company was named, manufactured radios and parts, coils, transformers, improvising, building equipment and premises as expansion made necessary. By the arrival of the forties, and the war the staff grew to fifty and the range of products increased.

The emergencies of war proved valuable experience for the growing concern. Domestic radio production diminished at Government request. This was further opportunity to broaden the range of production, and an array of defence and signal mechanics were developed, more in keeping with the times. And so, having produced sirens, buzzers, morse keys, and field radios, Akrad emerged from the war years with a large staff and a determination to succeed in the domestic field of electronics.

The foundation era of the company ended with the sudden death of the founder, Keith Marsden Wrigley, but it led into the new era of television. In 1949, Akrad became associated with PYE of England. Two years later, PYE Ltd (NZ) was established and a successful campaign was launched to produce and market various models of the PYE radio. Their ready acceptance boosted the company and by 1958 a two hundred strong workforce was ready for further development, in the field of television.

The first television transmission in New Zealand was made in Waihi in 1954. Since then the name PYE became synonymous, in New Zealand, with the best in Television, sound and communications equipment. By mid 1978, something in excess of one quarter million television receivers had been produced in Waihi. This figure includes one hundred thousand colour sets manufactured since 1974.

In 1978 some 400 Waihi townsmen came daily to work at PYE. Waihi, which owes its existence to the rich goldfields of the past, had a new wealth and way of life to carry it well into the era of electronics. PYE provided far more for its people, in terms of employment, wage return and production than the complete effort of the mines. But like the gold, the new life of Waihi was very much a natural resource - of her own people.

Next: The History of Electronics in Waihi