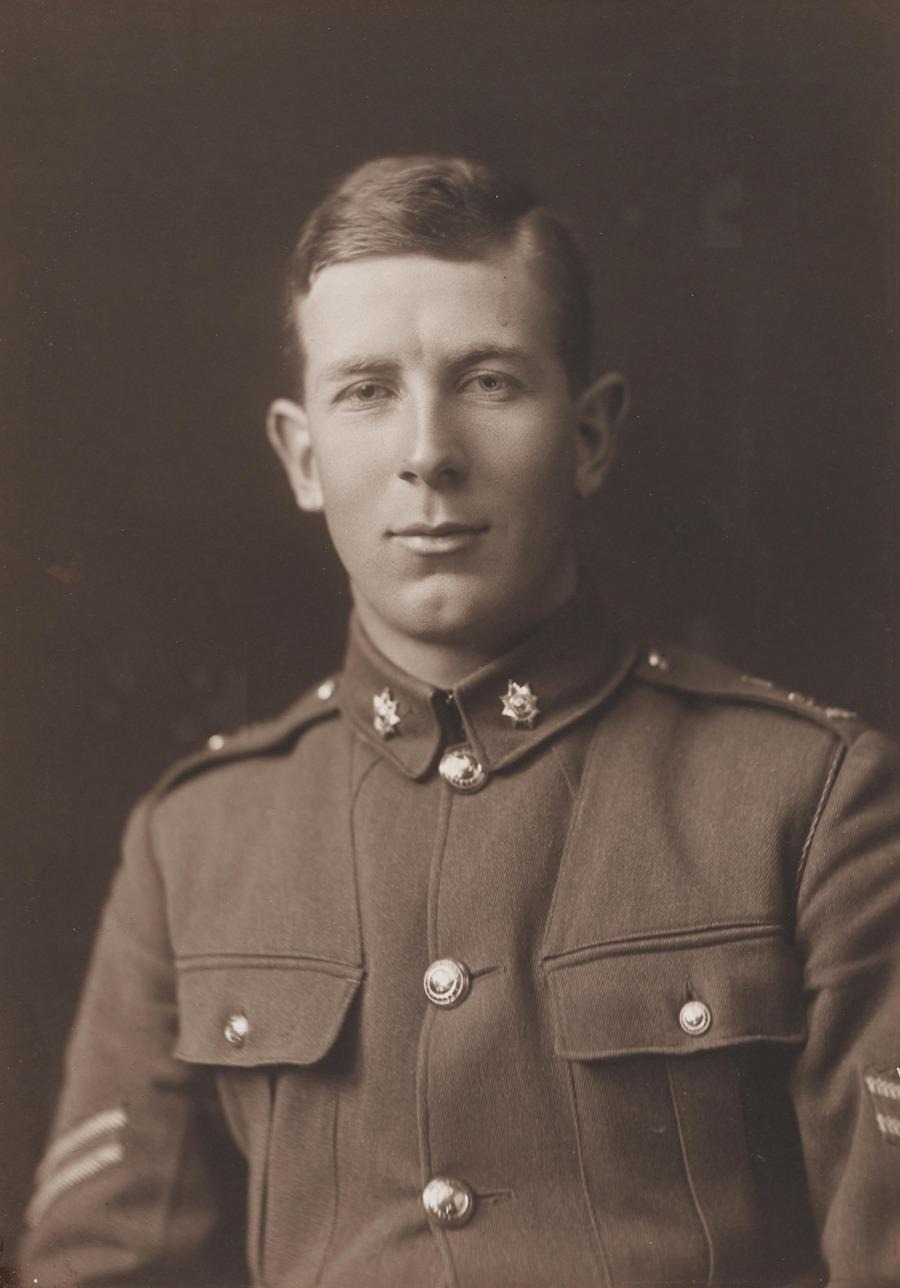 Sloan Morpeth was a keen and accomplished golfer and member of the Waihi Golf Club prior to WW1. He returned to New Zealand in 1919 and developed into an outstanding golfer, winning many major amateur championships titles in New Zealand and Australia.

Sloan Ivan Morpeth, born 15 January 1897 in Auckland, was the youngest of the six living sons of Henry Douglas Morpeth, and Kate nee Allan. Morpeth belonged to School cadets, Defense Cadets and Territorial’s prior to enlistment. He enlisted when living at Martin road Waihi (his parents address) on 24th January 1917. Religion: Presbyterian, occupation: bank clerk with the National Bank and unmarried.

NCO Morpeth left for training camp 6th March 1917 and embarked for the war zone aboard Maunganu from Wellington 21st Nov 1917 disembarking at Liverpool, 8th January 1918. He was posted to 30th Rifles on 2nd May 1917.

Morpeth had a mix of promotions and demotions. He was promoted from Corporal to Sergeant, November 1917, then Temporary Sergeant and after passing instruction, confirmed to the rank of Corporal, February 1918. He reverted to Lance Corporal at his own request in April and later the same year was Temporary Corporal. By December, Corporal and February 1919, Temporary Sergeant.

Morpeth left for France 20 March 1918 and was sent to Etaples where he joined the 1st Battalion, Auckland Regiment in the field April 1918. Wounded in the left arm in the field, April 14th 1918, he was transferred to Brockenhurst, where No.1 New Zealand General Hospital was. The Ohinemuri Gazette, May 20th 1918 wrote that Morpeth had recovered and was required to report for duty. However, in May 1918 his army medical record recorded him as having tonsillitis.

Morpeth’s wounding did not inhibit him playing in an active service golf tournament in England. A London paper, April 1919, wrote that Morpeth and W. G. Williams won the heats and were beaten in the second round.

Morpeth returned to New Zealand on the SS Prinzessin and was finally discharged from army service as a Corporal 28th July 1919. Sloane Ivan Morpeth received the British War and Victory medals.

Once back in New Zealand, Morpeth returned temporarily to Waihi. Around 1920 he joined with his brothers, Gerald (Tad) and George (Chap) in a farming partnership on a homestead known as Whareruru, Oniao, between Aria and Mokauiti in the King Country.

Morpeth resumed his golfing interests. In April 1920 he was playing in an Auckland Provincial Easter Tournament held by the Auckland Club. A fantail was flying about as Morpeth drove off the eleventh hole. The ball struck the bird’s wing and broke it. Such things do not happen very often on golf courses, said the Auckland Star reporter. The King Country Chronicle, (30th Sept 1920) wrote of the acknowledgment and celebration the communities of Oniao and Mokauiti held at Whareruru for a golfing win. By c1925 the brothers had walked away from the farm.

Following his farming career, Morpeth became a salesman based in Hamilton where he continued to pursue golfing interests, becoming known and respected throughout New Zealand and Australia.

Morpeth was appointed from 47 applicants to the position of Residential Secretary of the Titirangi Golf Club in 1927. Two years later he was offered, and accepted the position of Secretary Manager to the Commonwealth Golf Club (1930-1962) in Melbourne, Australia. He moved to Australia early in 1930 to take up the position and in conjunction with this, was Secretary Manager to the Australian Golf Union (1930-1962). From 1940- 1945 he was Secretary Manager of the Yarra Yarra Golf Club, a dual roll with the Commonwealth Golf Club during World War two. In 1954 Morpeth was appointed manager of the Australian Golf Team that toured for four months in Britain. The focus for this trip was the inter-dominion match of the bi-centenary of the Royal and Ancient Golf Club, St Andrews in Scotland.

Sloan Ivan Morpeth became engaged to Claire Helene Susie Tolhurst, (known as Susie) a renown golfer in her own right in 1933. They married in February 1934 at Mornington, Victoria and had one daughter. According to the electoral rolls for Victoria Australia, the Morpeth address was ‘Woodclyffe’ Beach road Mornington and is possibly a small farm. 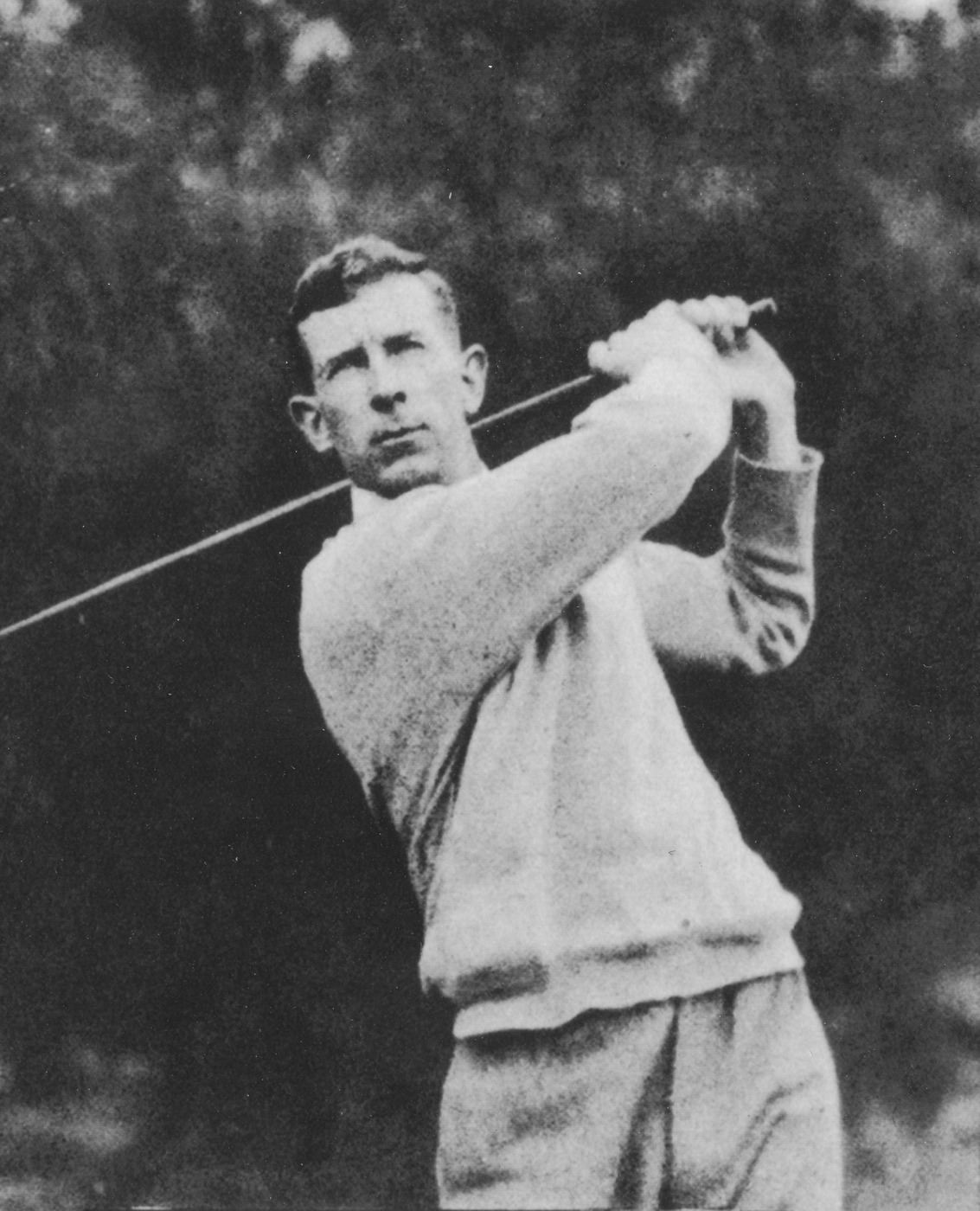 On retirement from competitive golf, Morpeth turned to Golf Course designing. Several of his designs are listed in the top 100 of Australian golf courses to this day.

In 1962, Morpeth was elected a Life Membership of the Yarra Yarra Golf Club, Peninsula Country Golf Club and Commonwealth Golf Club. The October 1962 edition of Victorian Golf, acknowledged him as a champion golfer, wise administrator, thoughtful course designer and one of the most respected and popular gentlemen one could ever meet.

Sloan Ivan Morpeth died in 1970 aged 72 and is remembered with honour on the St James Presbyterian Church, Waihi, Honour Board and the Waihi District High School Honour list.