WW1 Honours Board gifted to Museum

This attractive Roll of Honour was gifted to the museum and names the men killed in action or with connections to the Waihi Wesley Methodist Church and serving during WW1. The Church was located in Haszard St. and the congregation disbanded during the early 1990’s. The building still stands and is now the Assembly of God church. 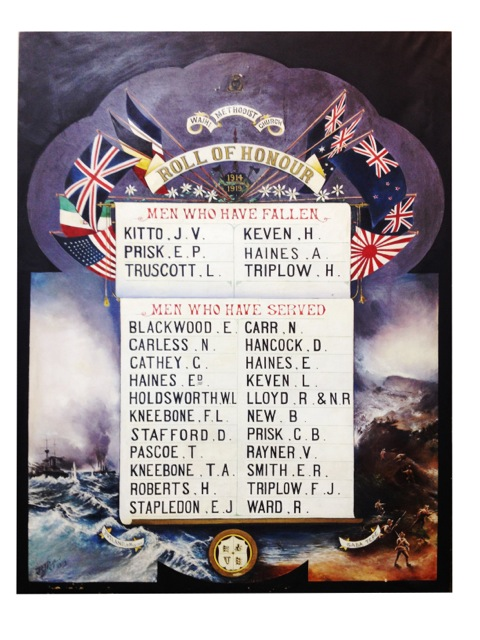 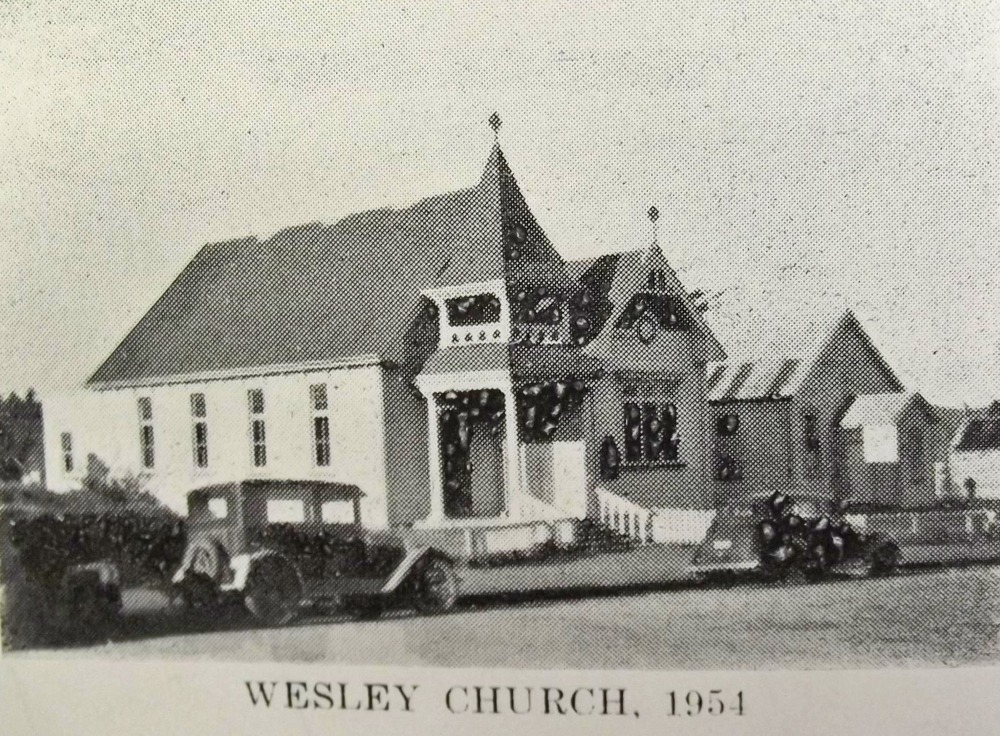 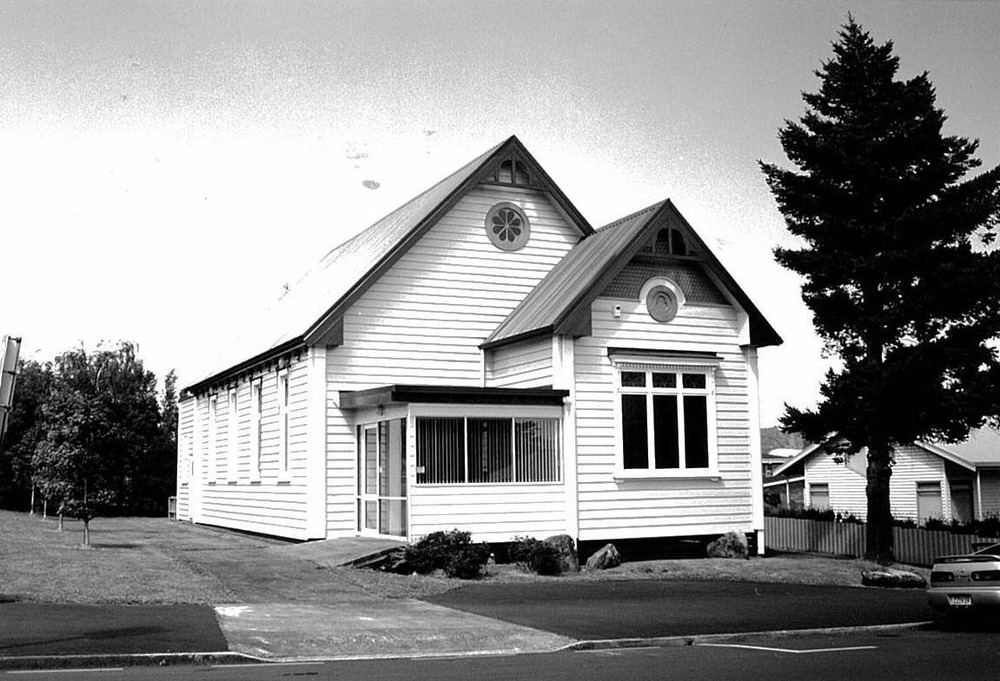 Photo: The Wesley Methodist church was sold and is now the Assembly of God church. Note the removal of the steeple. The hall was also sold and removed and is a private residence. Acknowledgement: Auckland Methodist Archives. Methodist Church of New Zealand.

The Wesley Methodist congregation built the church on land gifted by Mrs Henry Chapman at the wish of her late husband. The church was dedicated in 1898 and a memorial stone with copies of the Waihi Miner, NZ Herald and Auckland Star newspapers was placed in a stone within the building. In December 2005 the stone and its contents were discovered. Apparently it was intended they be lodged in the Waihi Art Centre and Museum, but this seems not to have happened.

Draft (no 3) dated September 9 1992 lodged at the Methodist Archives, proposed welcoming members of the Waihi Wesley Methodist Parish into the membership of the Waihi St James Presbyterian Parish, and outlined the procedure for amalgamation. To quote: Methodist Property: As it is the members of the Wesley congregation who are coming to the Presbyterian congregation, the existing property will remain in the control of the Methodist Church of New Zealand…it is envisaged that the furniture and fittings from the Wesley Church may well be used at St James to supplement needs there and to retain those items of special value to the Methodists. The two congregations never merged. Instead remaining members of the congregation joined with the United Church at Waihi Beach and others to Waihi’s Salvation Army or Baptist Church. Some property was sold eg pews, and other items dispersed among the congregation, and that possibly included the WW1 Roll of Honour.

Throughout WW1 the Wesley congregation, and more especially the ladies, contributed to the civic war effort. As several young men had served overseas; the church trustees decided to provide an artistic Roll of Honour. J B Beeche wrote in More Precious than Gold …….the Roll of Honour was unveiled as early as 1916. However, this is clearly inaccurate. The Roll of Honour was unveiled 1st June 1919 to considerable pomp and ceremony and reported in the Waihi Telegraph, New Zealand Herald (3 June 1919) and The New Zealand Methodist Times (July 1919).

Returned men of all denominations mustered to honour the memory of their fallen comrades at the Drill Hall and marched to the Seddon Memorial. Here they were joined by the Mayor, councillors, veterans and combined Federal and Salvation Army bands. They marched from Seddon street via Rosemont road, Kenny street and Haszard St to the church. The church was filled to overflowing and much thought was given to preparing the church for the occasion. Flags, palms, asparagus, king ferns and begonias festooned the inside of the church. The reading desk was almost smothered in white heather and a pot of fine shamrock adorned the organ. 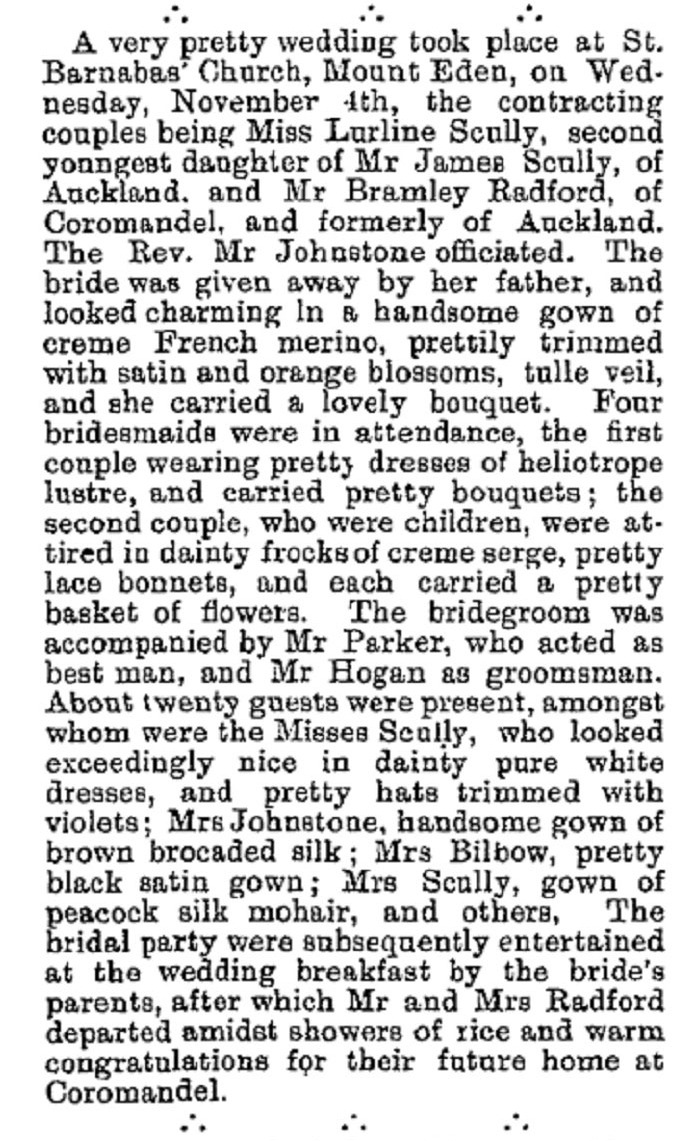 From 1896 to c1914 Radford lived in Coromandel Town where he was a miner. Sometime prior to 1919, Radford and his family moved to Symonds street, Waihi where his occupation was battery hand. By 1928 he was living at 9 Victoria Ave, (renamed Horoeka Ave) Mt Eden, Auckland, occupation: artist. Three children were born to the couple: Amy Lurline b: 1897, Jack B J b: 1899 and Gladys b:1901. Bramley James Radford died 21st December 1934.

Prior to the board’s gifting to the Waihi Art Centre and Museum it resided at Waihi Beach RSA. An old Waihi resident spotted it in late 2014, propped against a wall at the RSA during a tidy up and suggested it should be stored at the museum and this was agreed too.

The Waihi Art Centre and Museum would like to hear from anyone with information regarding the history of the Roll of Honour after the Wesley Methodist church closed and before it was lodged with the Waihi Beach RSA.

Thanks to David Steemson and RadioNZ for including us on an episode of Spectrum.
See the post and listen to the podcast on RadioNZ website. 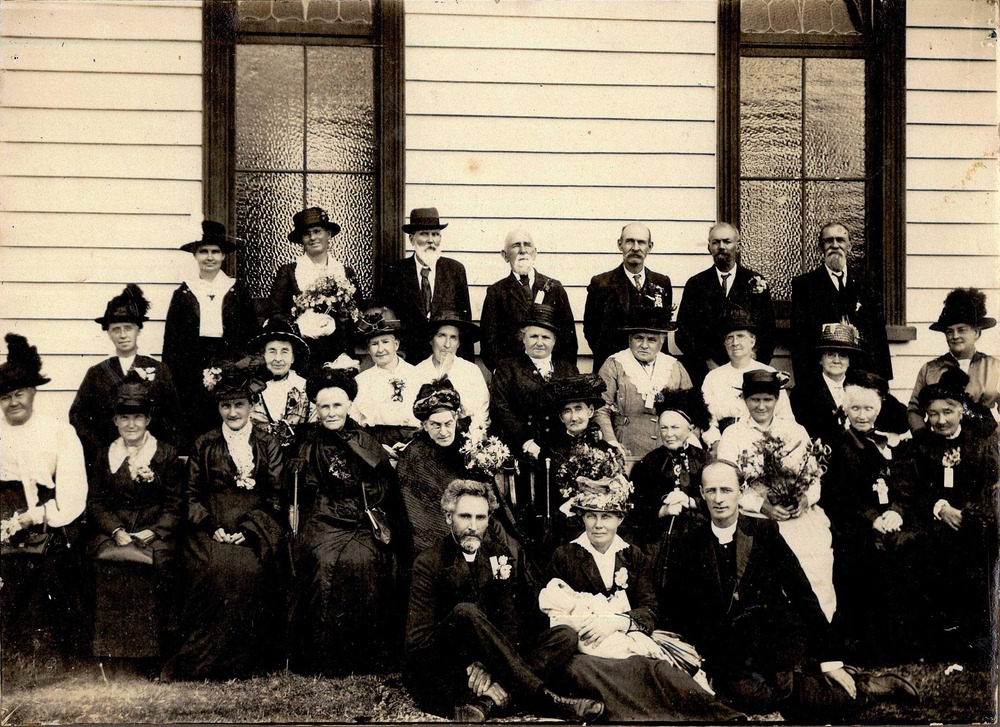 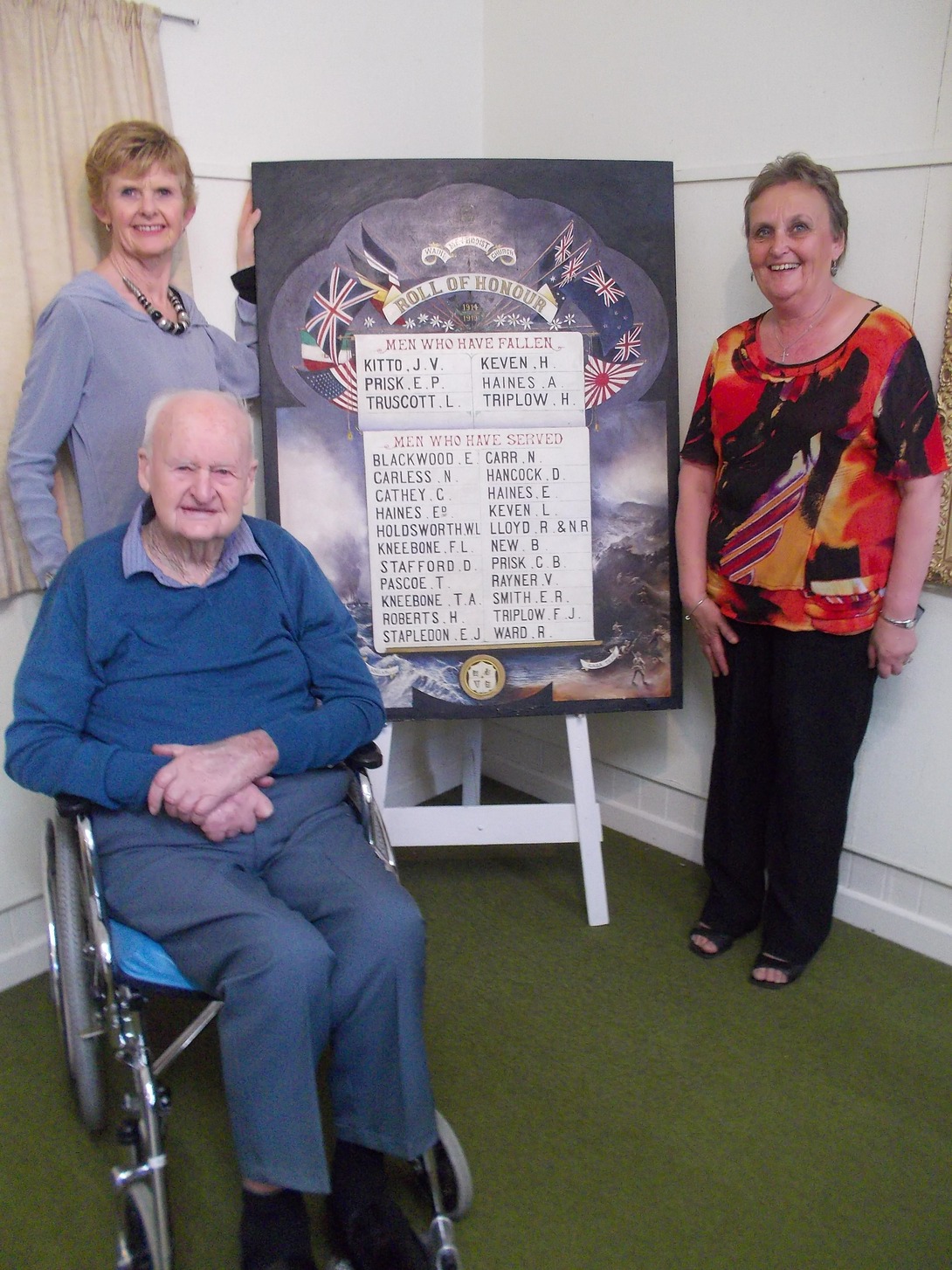