On Wednesday afternoon Lieut. Colonel Porritt, Mr H Poland, M.P. and a number of citizens and friends met Captain R.N. Morpeth at the local railway station and extended him a hearty welcome home. Three hearty cheers were given to him as he alighted from the train and a few words of welcome were given by Mr Poland and Lieutenant Colonel Porritt. Captain Morpeth has seen considerable service at the front, was all through the Gallipoli campaign, after which he returned to New Zealand with a wounded arm. As soon as he was able, he again returned to the front in France. And was in the Somme push last year, where he lost a leg. On reaching Waihi Captain Morpeth was accorded a very enthusiastic welcome home from his many friends and admirers.Ref: Ohinimuri Gazette 11th May 1917 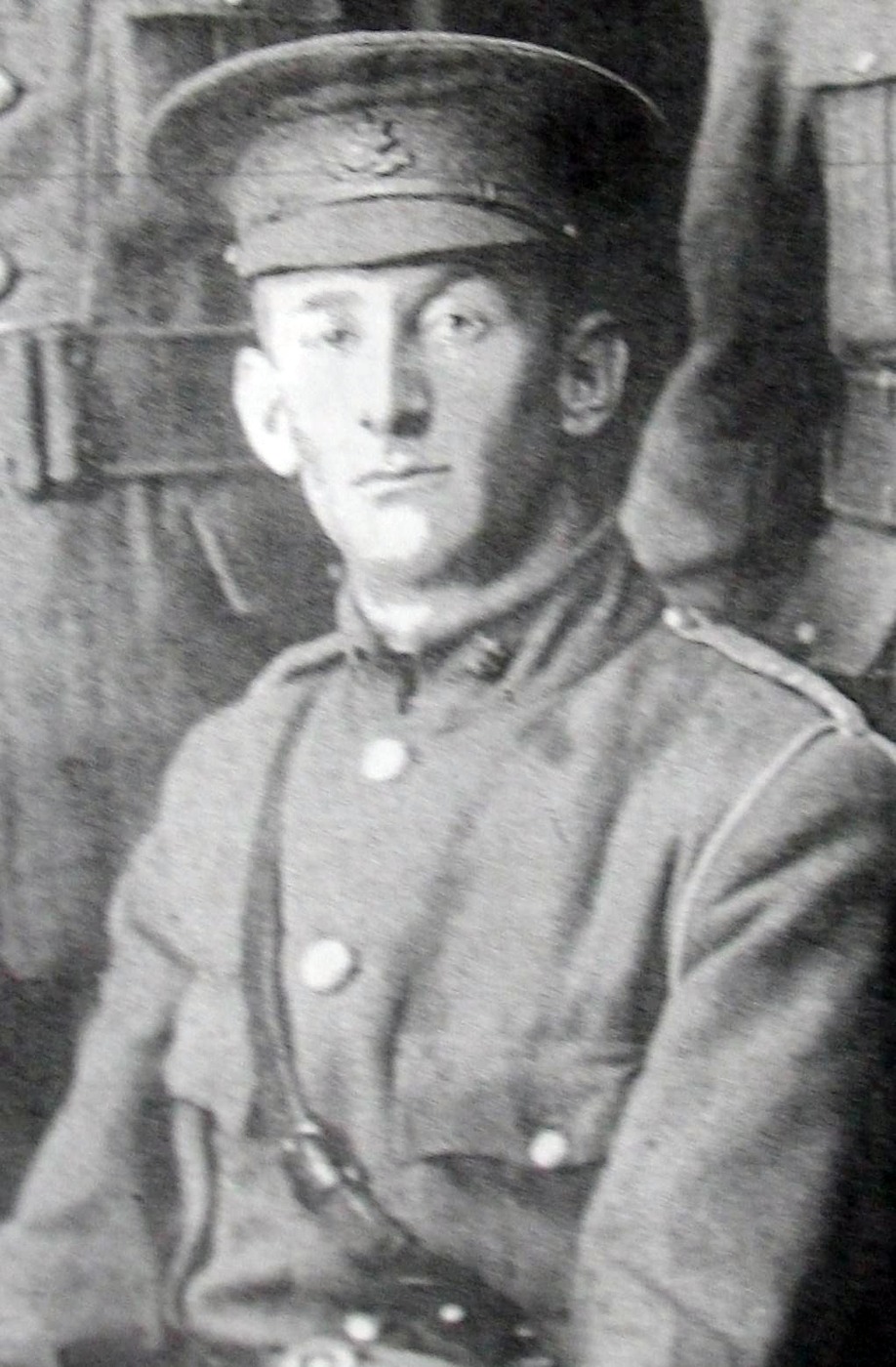 Robert Nicol Morpeth, born 1891, known as Nick, was the fourth of the seven sons of Henry Douglas Morpeth and Kate nee Allan. He was schooled at Pirongia (Waikato) from 22nd August 1898, Bayfield (Auckland) and Waihi District High School.

The Morpeth brothers were known for their sporting interests that included golf, tennis, rugby and cricket. According to brother Gerald’s war diary, Nick preferred hockey and did not like golf. In a contradiction to this comment, the Waikato Times wrote on 24th February 1914 that Morpeth was voted secretary of the Te Aroha Golf Club.

Morpeth joined the New Zealand Army as an Officer Cadet in 1910, obtaining his commission as 2nd Lieutenant, 25th May 1912. He enlisted for overseas duty August 1914 when living at the Queens Hotel Thames and working as a teller for the Bank of New Zealand (BNZ).

In army life, Nick was senior to older brothers, Gerald (Tad) and Moore and at times, they and Gerald’s friend, Nat (John Nathaniel Williams) tried his patience by taking advantage of their relationship. On 26th October 1914 and on board the troopship Waimana, Gerald wrote… Had drill between showers today and afterwards had a lecture by Nick on advance guards and flank guard. We did all right. Its funny somehow to see your younger brother bossing men about, including oneself, and being lectured to. He is doing all right…

On 25 April 1915, Lieutenant Morpeth was on shore a couple of hours and searching for Turks through field glasses. While peering through a clump of shrubs a bullet hit his arm but was able to walk to where ambulance men were stationed. His wounding resulted in admittance to No 1 General Hospital, Heliopolis. As a consequence he returned to New Zealand on the S.S. Willochra, July 1915. In 1913 the Willochra was charted by the Union Steamship Company and requisitioned as a troopship, November 1914. Once landed in Wellington, he traveled by hospital train to Auckland.

In 1916, Morpeth had recovered sufficiently to rejoin his battalion and sent to France. Early in July, Morpeth was again wounded, this time in the left leg by shrapnel. His leg was amputated and he was fitted with an artificial leg paid for privately.

Robert Nicol Morpeth received the Military Cross and 1914-15 Star and British War medal. The citation read, for gallantry and devotion to duty on the night of 3rd and 4th July 1916 during heavy bombardment at the Epinette trenches near Amentieres he moved about amongst his company and so encouraged them that when the enemy attempted to enter the trenches they were repulsed. 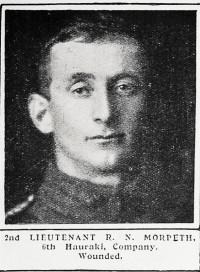 On 11th May 1917 the Ohinemuri Gazette recorded that Captain R. N. Morpeth as he alighted the train, was extended a hearty welcome and three cheers by citizens and friends at the local railway station. The welcome party included Lieutenant Colonel Porritt and M.P. Mr. H. Poland. Morpeth was discharged from service, July 1917.

Because of his injury, Morpeth was unable to return to the war zone and returned to work at his previous position as teller at Thames BNZ. In 1919 the bank transferred him to Morrinsville where he was joined by his widowed mother, Kate. While living in Morrinsville, in December 1920, and with three friends he was traveling by car from Morrinsville to Raglan when they left the road at a bend and the car fell 40 feet into gorse. Morpeth was unconscious but soon recovered. In May 1918, Captain R. Morpeth was Captain and secretary of the Morrinsville Golf Club and in the same year recorded as playing bowls and billiards in Morrinsville.

Morpeth’s next transfer c1927, was to Hawera where he and his mother lived at 264 Victoria Avenue. Te Kuiti was his final posting where he was accountant and bank manager for the BNZ. His mother died in Te Kuiti in 1937 and Morpeth remained there until c1954. Robert Nicol Morpeth retired to Palmerston North to live with his brother Gerald, and sister in law, Winifred Mary at 12 Carlton Ave. He remained unmarried and died in Palmerston North, 28th August 1959 aged 68 years and is buried at Kelvin Grove Cemetery and Crematorium, Palmerston North.