Mr. Edwin T Beilby of the Waihi Borough Farm has received advice that his son Harold is returning invalided in the transport ‘Tofua’.Auckland Star 25 October 1915 page 6 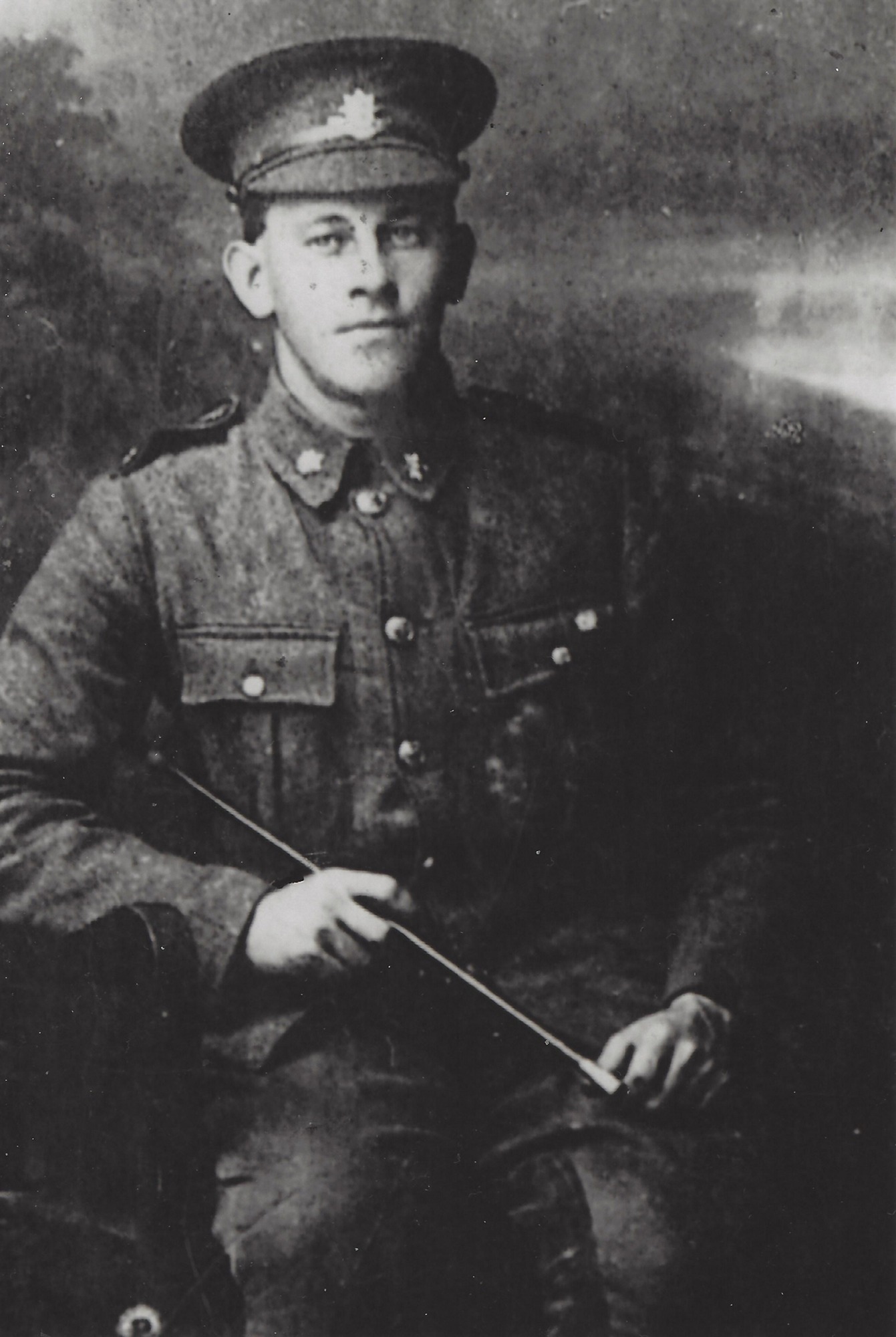 Harold Beilby, son of Edwin Thomas Beilby and Julia Ann nee Podmore, was born 20 May 1894, Willoughby, North Sydney, NSW, Australia. The family moved to New Zealand pre 1900. They first lived in Coromandel and then moved c1905 to Mountsea road, Thames. While living in Thames, Harold Beilby in 1907, of the Baptist Sunday School, received a Sunday School Union pass certificate. Between 1911 and 1914 the Beilby’s moved to Waihi, where his father, Edwin T. Beilby was lessee of the Waihi Municipal Sanitary Farm, occupation farm labourer.

War was declared on Germany on 4 August 1914 and on 12 August, Harold Beilby, employed by the Waihi Gold Mining Company and aged 20 years, travelled from Waihi to Paeroa where he volunteered for army service. At the same time, he was medically examined and pronounced physically fit for service with the New Zealand Expeditionary Force. Records show he was 5ft 6 ½ inches tall, weighed 142 pounds, religion, Salvation Army and that he had an operation for appendicitis one year before. A tattoo on his right forearm depicted a spray of ivy with the words. ‘Kia Ora” (Maori: Good Luck). He claimed to have served 8 ½ years in the St George’s Rifles and two years in the Sydney NSW Defence Cadets.

Harold Beilby was posted to the 6th Hauraki Company, Auckland Infantry Battalion with the rank of Private and underwent two months military training before embarking for overseas. The Battalion made up of 33 officers and 977 other ranks, formed part of the NZ Infantry Brigade of around 8500 men which became known as the main body. A fleet of ten transport vessels sailed from Wellington on 16 October 1914 for an unknown destination and in what may seem a contradiction, Harold is shown as being on board HMNZ Transport No 12 (S.S. Waimana). They were escorted by the old cruisers Psyche and Philomel which returned to New Zealand after being replaced at Perth, Australia, by the Australian Cruisers Sydney and Melbourne and the Japanese cruiser Ibuki.

On 9 November 1914, the convoy was about midway between Perth and Colombo when the HMAS Sydney was sent off to engage the German light cruiser, Emden, which was reported to be 60 miles away at the Cocos Islands. After a fierce sea battle, the Emden, already sinking, was run aground on a reef at North Keeling Island where parts of the wreck remain today. The surviving German sailors became prisoners of war and were placed on some of the transports where they exchanged badges and other mementoes with the troops. Harold obtained some German coins which he later gave to his brother Edgar. They are still held by the family.

After calling at Colombo and Aden the fleet sailed up the Red Sea to Suez and then on through the canal to Alexandra, where they berthed on 4 December 1914, seven weeks after leaving Wellington. That night, the New Zealanders set up camp at Zeitoun, four miles from Cairo, where they trained for the next four months. On 12 April 1915 they returned to Alexandria and boarded troop ships bound for the Dardanelles. Three days later they arrived at Mudros Bay on the Greek Island of Lemnos, fifty miles from the Gallipoli Peninsula.

On the evening of 24 April 1915 a great armada of warships, troop transports and small landing barges sailed for Gallipoli and next day, in the face of heavy fire from the Turks, the Australia and New Zealand Forces landed at Anzac Cove. Harold Beilby was among them.

Following on from the landing, an assault was launched against the Turkish defenses situated on a ridge 700 feet above the beach. Seven tiers of Turkish trenches overlooked the central Anzac area, providing them with the strongest of all positions in the sector. The summit was shown on maps as two circles, the larger being known as “Big 700” and the other “Baby 700”. Baby 700 became the scene of intense fighting involving the Auckland Battalion on 25 April and apparently it was there that Harold received a gunshot wound to the head, leaving him blinded and with a fractured skull. He later recounted to his brother Edgar, that when shot, he rolled down the steep hillside and into an Australian trench. He was then evacuated to the No 1 Australian General Hospital before arriving at the NZ Military Hospital at Heliopolis near Cairo, on 30 April 1915. 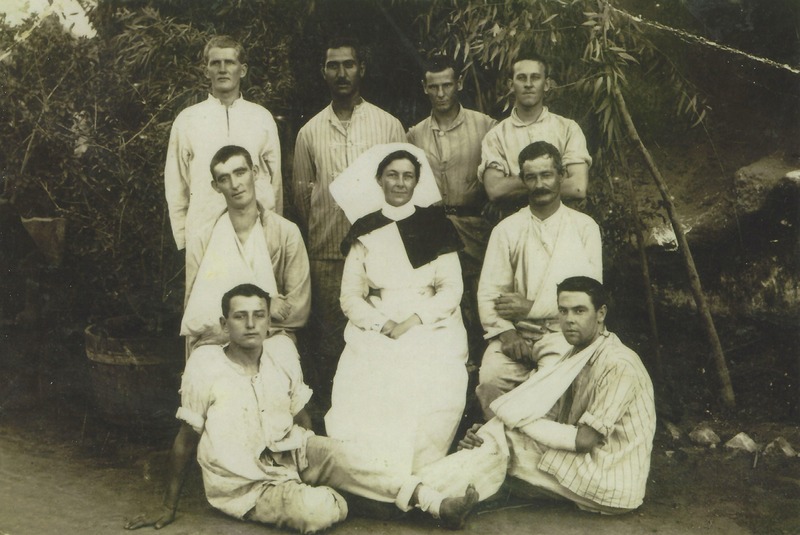 Harold remained at Heliopolis until 23rd September 1915 when he sailed from Suez on the hospital ship Tofua, arriving at Auckland on 27 October. Suffering from partial blindness, headaches and periodic fits, he was then admitted for further treatment to the Evelyn Firth Home Auckland, for wounded servicemen. A steel plate was placed in his head, but because brain surgery at that time was considered to be risky, the bullet was left undisturbed. On 20 April 1918 he was discharged from the NZEF as medically unfit.

Once back in New Zealand, Harold Beilby married Victoria Augusta Abbott, 15 March 1917. Prior to 1919 they lived at 96 Nixon street, Wanganui East where Harold’s occupation, according to the 1919 electoral roll was clerk. Family story is that he was a sail maker. The couple had four children, three sons and one daughter. By 1925 they were living in Johnstone street, Waihi.

The effects of the wound worsened throughout the rest of his short life and his wife, Victoria always had a wooden clothes peg available to place between his teeth whenever he had a brain seizure. Eventually, the tissue surrounding the bullet in his head abscessed and he was admitted to Waihi hospital where he died aged 30 years on 28 April 1925. He is buried in the Waihi cemetery.

The enormity of the losses sustained in the Gallipoli campaign is brought home when it is considered that 87% of the 8.556 New Zealanders who served there became casualties. The Australians fared no better. Therefore some of the reasons put forward to justify the debacle need to be considered.

In WW1, Russia was aligned with Britain, while Turkey sided with Germany and prevented access for foreign ships through the Dardanelles to the Black Sea. The Russian Arctic port of Archangel was frozen for nine months of the year and the Baltic ports were closed to allied shipping by the German fleet. Consequently, admittance to the Black Sea ports was considered important to facilitate the supply of arms and ammunition to the Russians.

In March 1915, in an effort to clear the way, British and French battleships opened an intense bombardment of the Turkish forts situated at the entrance to the straights. However, it turned out to be a bad day for the Allies. The Turks placed floating mines in the channel, which when carried down by the current, blew up half of the attacking ships with the loss of hundreds of lives. Ironically, British armament manufacturers had earlier sold the mines to the Turks. A change in strategy followed and plans were then laid for a land attack through Gallipoli, which resulted in the terrible disaster we know. It was a move effectively countered by the Turks who had time to prepare strong defenses. The rest is history.

In 2015 Harold Beilby’s daughter in law, Gwenda, discovered a fez, and memorial plaque known as a dead man’s penny and the scroll that went with it. The 1914/15 Star, British War Medal and Victory Medal were given to Harold Beilby prior to his death. There is no known WW1 memorial acknowledging the WW1 service of Private Harold Beilby. Harold Beilby is remembered with honour by his descendants. 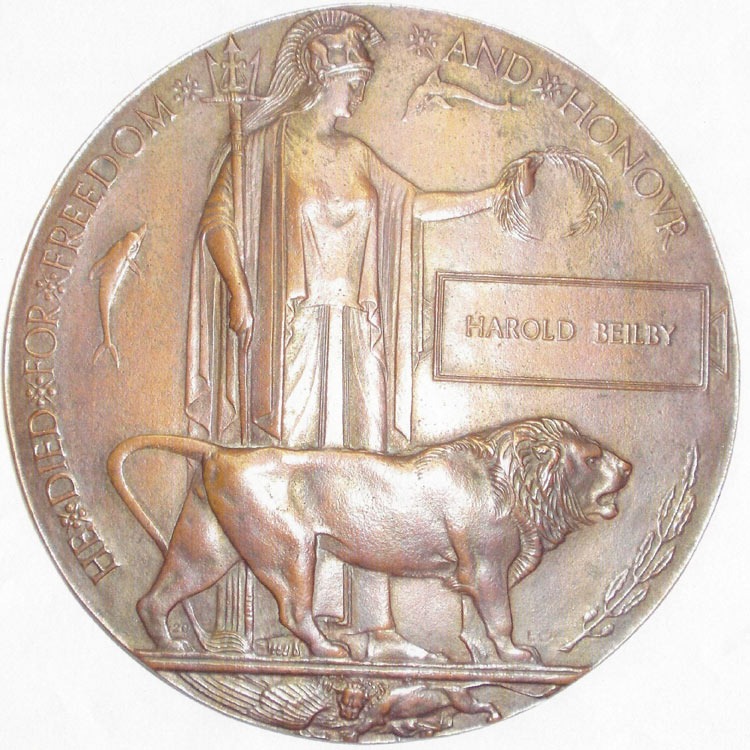 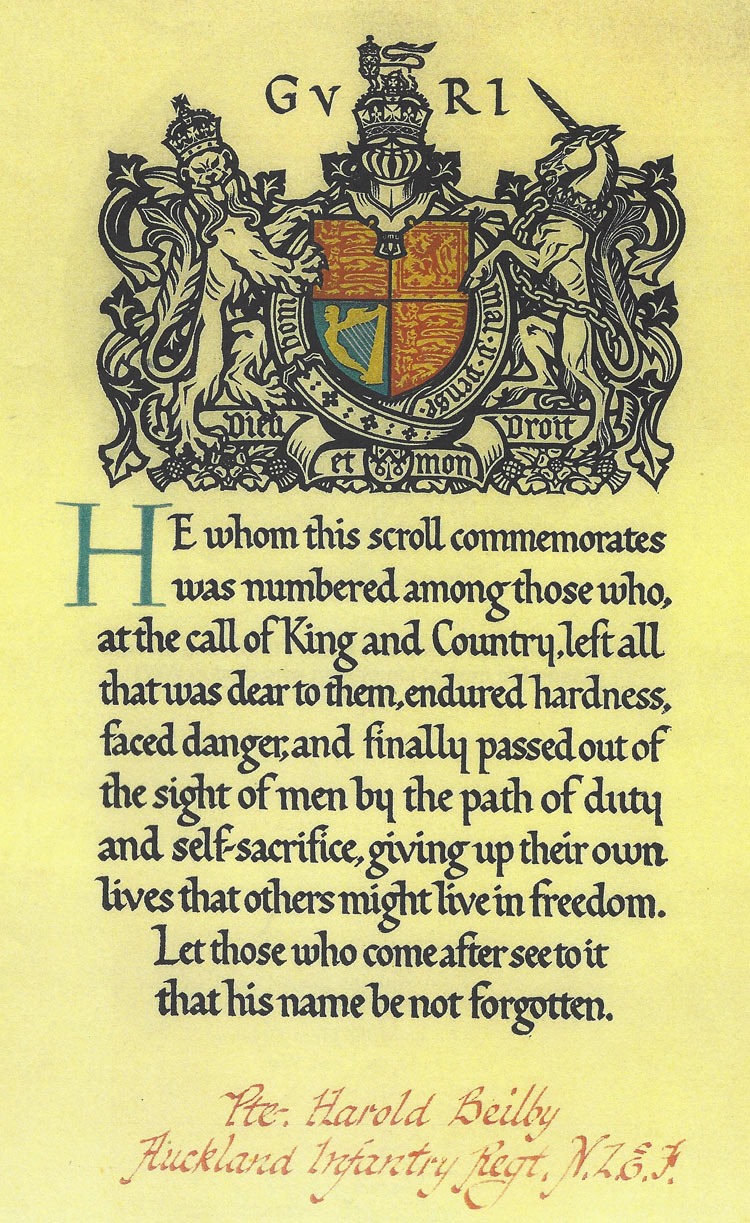